SYNOVA’s story begins with the invention of the water jet guided laser developed in the 1990s at the Federal Institute of Technology (EPFL) in Lausanne, Switzerland, made by PhD student Bernold Richerzhagen. This innovation resolved a number of well-known problems associated with existing cutting technologies in industrial applications. Consequently, Synova was founded by Richerzhagen in 1997 in Lausanne to make the patented Laser MicroJet (LMJ) technology available to high-tech industrial manufacturers.

Since 1998, various industries worldwide have switched to this laser process for their production needs. In addition, the particular advantages have led to a number of new applications such as in the domain of sensitive material processing where Synova was the first company to introduce the laser into semiconductor wafer dicing in 2001.

Since 2003, the company established wholly owned local subsidiaries in the USA, Japan, India and Korea for optimized customer support. These have since been expanded to include micro-machining centers (MMCs) with Taiwan and China planned for the future.

SYNOVA presently has 75 employees including 35 engineers focused primarily on researching new material  cutting solutions, further applications and laser cutting equipment. Aside from research, both the final assembly and testing of up to 100 machines a year are performed in Synova’s modern, 1800 square meter facility in Duillier.

SYNOVA has established several partnerships with leading industrial machine manufacturers for the production of LMJ machines, most recently with Makino. The company also cooperates with respected research institutions, universities and industry players on strategic projects to further develop and exploit the technology, including the Fraunhofer ILT and IPT, EMPA and Carl Zeiss Jena.

SYNOVA is now a company with global reach focused on delivering highest-quality solutions and services to its customers wherever they are. We strongly believe that the motor of our success and growth are our technology, experience and dedication to our customers, today and tomorrow. 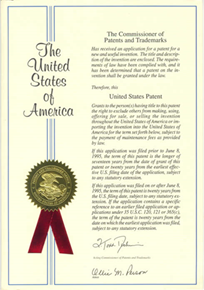 The advantages of this hybrid process are clearly significant: ultra-precise, fast, clean, efficient cutting with a narrow kerf width - all of which is absent with no heat damage, contamination and beam divergence.  This new ‘wet’ material processing method is, in many regards, superior to existing technologies such as conventional ‘dry’ lasers, electrical discharge machining, diamond blade saws, chemical machining and high-pressure water jets.

As the sole inventor of Laser MicroJet®, the company maintains all rights to this technology. In almost 20 years of accumulated expertise in liquid-guided laser technology, Synova holds numerous international patents and trademarks, including:

Get in touch with us